A Slew of Updates for Yosemite 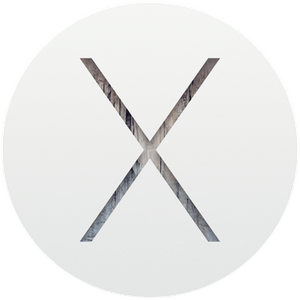 As you may be aware, the next version of your Mac’s operating system is coming soon. Mac OS X 10.10, also known as “Yosemite”, is due to be released sometime this fall. However, in a departure from their traditional method of releasing the OS to the public, Apple has just opened up a Public Beta program. Through this program, users can get early access to a not-yet-final version of the operating system.

Waiting until the official Yosemite release in the fall is likely to be the best bet for the majority of users. Because the operating system is a beta, and not yet complete, there are likely to be more bugs and problems than usual. Further, it’s likely that some of the third-party applications you use won’t yet be updated for perfect functionality in the new OS.

However, we know that some of our users will want to run Yosemite as soon as possible. We’ve been running it on test machines since it was first provided by Apple back in June, and working to get our software functioning smoothly with it. Fortunately, we’ve managed to work out the kinks we’ve found. That means that at this time, our current releases all offer initial compatibility with Yosemite. We’re very pleased about that!

While several of our apps were already working just fine with Yosemite, we’ve just posted fresh updates to Airfoil, Audio Hijack Pro, Intermission, Nicecast, and Piezo. Be sure you’ve got the very latest by choosing “Check for Update” from within the app. Alternately, if you’re doing a fresh install, just grab the download from the relevant page on our site.

These updates aren’t yet perfect, and we will of course be issuing additional updates. Most notably, you may see some visual glitches. As well, if you purchased Piezo from the Mac App Store, that update is still pending, as it waits to be approved by Apple. Finally, on Yosemite, Piezo is not able to capture audio from Apple’s FaceTime or Messages apps. We’re still investigating that issue, but suggest you use Audio Hijack Pro if you need to capture audio from those applications.

All that said, we’ve used the applications extensively on the new OS, we’re confident they work well. We still encourage you to wait for the official release to update your OS, but if you choose to run Yosemite, be sure to let us know of any major issues you find with our apps. As always, you can also track our status page for the most up-to-date information on compatibility with the new OS.

One Response to “A Slew of Updates for Yosemite”