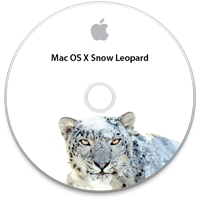 This morning, Apple announced that Mac OS X 10.6 (Snow Leopard) would be arriving in stores and on doorsteps this Friday, August 28th. So, it’s time to update you, our customers, on the compatibility of our software with the new OS.

We’re currently hard at work on updates for almost all of our Mac OS X applications for Snow Leopard. While Radioshift, Pulsar, and LineIn all work fine already, and we’ve already updated PongSaver for compatibility, other applications will need updates.

We hope to have these updates out by Friday, but we’re not certain we’ll make that deadline. Your best bet is to check our site for updates over the next couple weeks and be sure to install the latest versions when they’re released.

So keep your eyes on our status page and we’ll have more updates soon.

Note: Some users might notice the MemoryCell is absent from this page. At this time, we have no plans to update MemoryCell for Mac OS X 10.6, due to increasing technical challenges and time constraints. MemoryCell has always been open-source, so for those who may be interested, the source code for MemoryCell is free to all here.